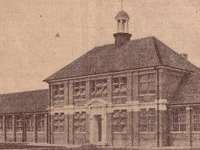 On Wednesday, 5 December 2012 Heston Community School will be opening its doors to past staff and pupils as part of its 80th birthday celebrations. 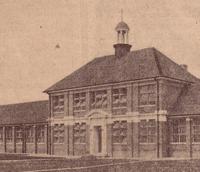 On Wednesday, 5 December 2012 Heston Community School will be opening its doors to past staff and pupils as part of its 80th birthday celebrations.  The School will be open to former staff and students and members of the local community to have a look around and see the School as it looks today from 1.30pm to 3.00pm. Please contact the School by Friday, 30 November 2012, if you would like to come along.

There has been education on the campus since 1861 but Heston Senior School (as it was known previously) was erected at a cost of £21,730 and officially opened on 19 October 1932 by the Charter Mayor, Councillor H J Nias MBE JP in what was described in the Middlesex Chronicle as one of the largest and most representative assemblies which had ever gathered in Heston.

The School has expanded over the years with The Osterley Building Extension opened in April 1996 and the latest addition to the School, The Hogarth Building was opened in February 2010 by Councillor Peter Thompson, the then Leader of the Council.

If any former students or staff have any memories which they would like to share with the School, photographs or other memorabilia that could be used in a History of Heston Community School display, please contact the School on 020 8572 1931 or click here to email Richard Heptonstall.

Headteacher, Phil Ward, said: "We are delighted to be celebrating our 80th birthday. I hope our request for old photographs and other memorabilia will result in some interesting new images of our past and we look forward to welcoming visitors, be they former students, parents or our neighbours, to see not just Heston Community School's history but also the facilities we have that promise a bright future too."