Shakespeare from the Globe Players 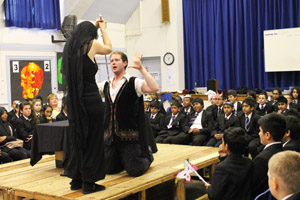 The Globe Players provided an Introduction to Shakespeare for Year 7 students on the 21st June Super Learning Day. The actors performed key scenes from a variety of Shakespeare’s plays including Twelfth Night and Richard III which are featured on this page. The workshop also included the Globe Players explaining the context of the scenes as well as some of the history and politics of the time which influenced Shakespeare’s portrayal of key characters. 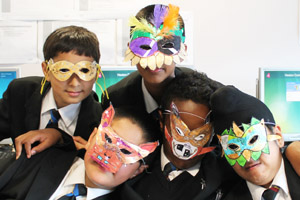 It was both entertaining and informative and also involved students taking to the stage to play roles in some of the scenes.

Year 7 students also carried out a number of drama related activities including the creation of a variety of masks. 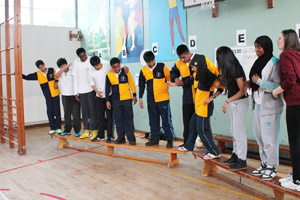 Year 9 students were involved in team building exercises over obstacle courses and problem solving tasks which resulted in the creation of some very impressive and sturdy chairs from newspapers.

Other students went on trips to France, the Science Museum, London Eye and Hengistbury Head near Bournemouth – more details on these trips coming shortly. 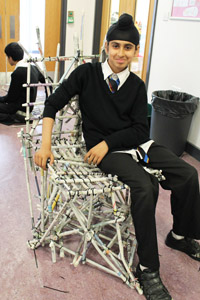 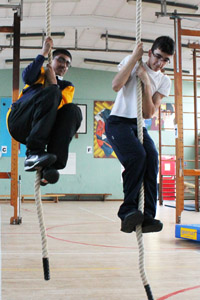 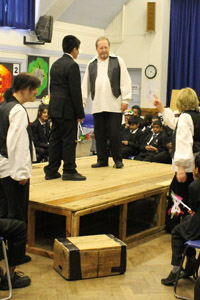