Congratulations on their appointments to Amarjot, Tania, their Deputies and the nine Senior Students 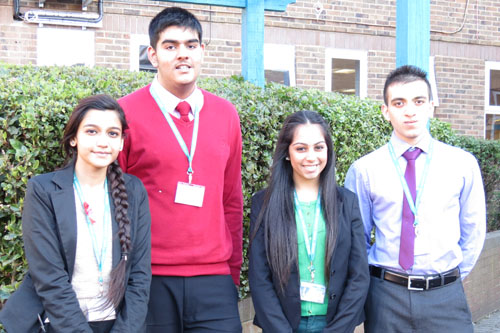 Following interviews and presentations the following students have been appointed as Head Boy and Head Girl and their Deputies.

They are pictured above and are, left to right, Zarah, Amarjot, Tania and Amandeep.

The following students have been appointed as Senior Students:

These students will all play an important role in the School over the next year acting as role models to the whole school. They will also be actively involved organizing student events and helping Teachers at school events.

The competition for these prestigious positions was very fierce and the students’ presentations were very impressive as were their performances in interviews with Mr Smith, Deputy Headteacher and Mr Evans and Ms Hartley, Assistant Learning Co-ordinators for the Sixth Form.

Congratulations to all of them!