The first Super Learning Day of the year resulted in a hall full of 3-D maps of the countries of the world created by groups of students from Year 7 to 10. The theme for the day was Re-making the World.

Student groups were given a country which they had to research and then produce their map or representation of the country featuring landmarks, cultural images, food, sport, music … or anything else that they felt characterised their country.

The results were a mass of colour, invention and creativity – you can view more on the Gallery page.

The DART team (Design and Art) who organised the day were faced with a difficult task to select a top ten that were then displayed in the Hogarth Atrium. 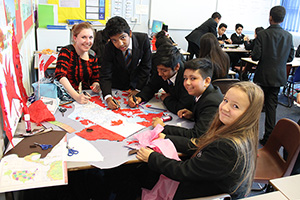 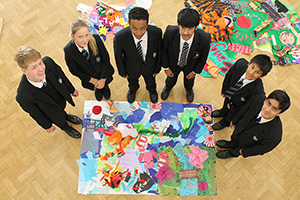