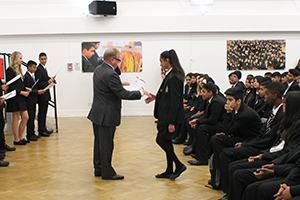 These awards are sponsored by British Airways who recognise the importance of linguistics in the international world. Mr Ward, a linguist himself, reiterated this view and praised the students for working for these awards in their own time.

This additional study was organised by the Modern Foreign Languages department.