Meriame through to National Science Final

Meriame's research work puts her in the final of the National Science and Engineering Competition. 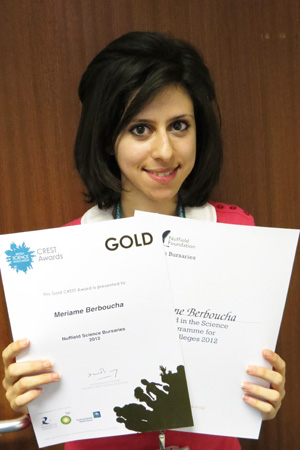 Meriame Berboucha (pictured right), a Year 13 student, has reached the finals of the National Science and Engineering Competition. She will attend the Big Bang Fair in March where over 65,000 visitors are expected, including MPs and science TV celebrities.  She will be an exhibitor at the Fair to showcase her project before the judges decide on this year’s winners.

Thousands of projects from schools across the UK were entered in this competition through both regional heats and online heats with the best young scientists and engineers being invited to the prestigious Finals.

The project that Meriame submitted was the outcome of a Nuffield summer placement that the Science Department helped to arrange, where she worked at Imperial Colleges assisting with cancer research relating to the effectiveness of inhibitors on cancer proliferation. She has already received a Gold Crest Award from Nuffield , the highest award they make, for the work she carried out during her placement. 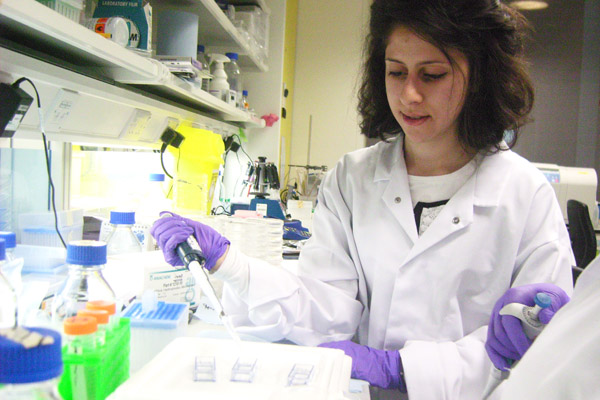 Meriame said: “Working alongside accomplished scientists in a research environment throughout my Nuffield project has inspired me to pursue a career in cancer research after completing a Physics degree. I aim to be a medical physicist where I can apply physical principles to the field of medicine. Months after completing the Nuffield project I entered the National Science and Engineering Competition and was lucky enough to get to the finals! This will be a huge challenge but
I aim to tackle it head on.”