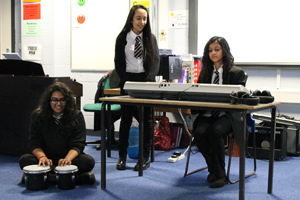 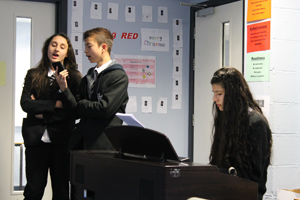 Year 10 GCSE Music students got the opportunity to perform to an audience at a Singing Showcase on Wednesday 21st January. 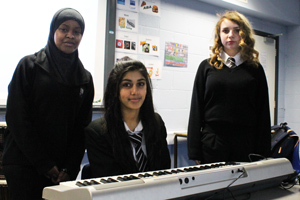 Three groups of students performed and accompanied their songs on keyboard and drums. The audience were impressed by renditions of Let her go by Bethany, Dillie and Hadyn; Drunk by Neyha, Nisha and Nimasha and Thinking about you by Ellie, Maryam and Khimran.


Another Music and Drama Showcase was held on Wednesday 17th December. The focus of the event was GCSE performance work. The audience were treated to live singing and musical performances from the Year 11 Music students. 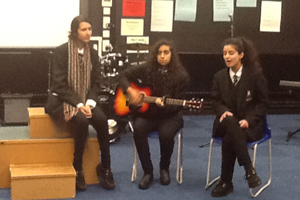 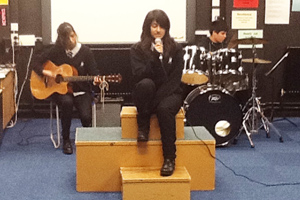 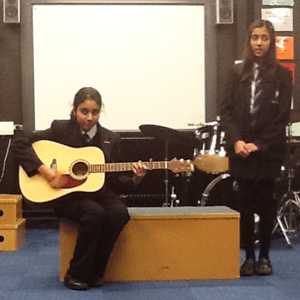 The Year 10 Drama class performed sections from the play 2 Graves. It was the first time that they had tackled script work in front of an audience. The Showcase was well received and has helped the students to gain more confidence with their performance techniques