Students perform hits from West End Musicals and their own drama

Oliver, Singin’ in the Rain, Grease, Wicked, You’re a Good Man Charlie Brown and Matilda were the musicals that provided the inspiration for students who entertained their parents, staff and friends at the Musical Theatre Show. 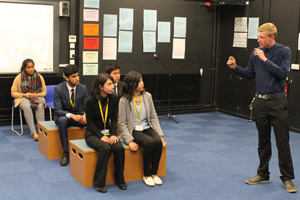 Sam Cooke’s A Change is Gonna Come was the musical inspiration for a thought provoking piece created and performed by Sixth Form Drama students. The drama revolved around Rosa Parks’ experience from the 1950s in the USA and became an important event in the history of the Civil Rights Movement championed by Martin Luther King.

Individual and group performances captured the magic of the original musicals – none more so than the Drama Club’s performance of Singin in the Rain which was introduced with footage of Gene Kelly’s memorable routine in the pouring rain.

Ms Clair Jones, Head of Drama, commenting on the show, said: “After many weeks of rehearsals 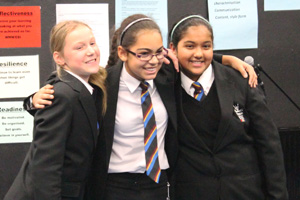 it was fantastic to see students from the majority of our year groups take part in the Musical Theatre Event. It was also lovely to see such talent from our new Year 7 students. There was a range of performances from songs, dance routines, a monologue and an A Level Drama piece inspired by a piece of music. This successful show also gave an opportunity for parents and carers to a have a go at singing themselves! Much fun was had by all.”

The final act was Consider Yourself from Oliver performed by Justine, Maya and Caitlin who were then joined by all the performers and, with some coaxing, the audience for the finale. Ms Fern Clark, Music Teacher, was impressed: “It was lovely to see the parents singing and getting into the spirit of things!”

Well done to all the performers (listed below) on a great show!

Aisha Abdrahman 7B & Iman Msabaa 7G – We Go Together from Grease

Anisha Dhariwal 11P - I’m not that Girl from Wicked 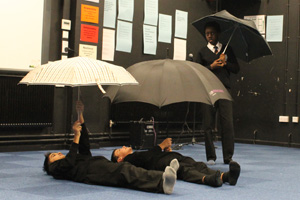 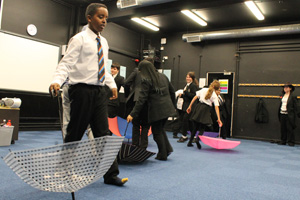