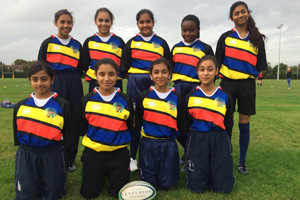 Following their success in breaking the Longest rugby pass record with ex-England captain Lawrence Dallaglio - click here to see the News Story - Heston's rugby girls have got off to a good start to their season with both the Year 7/8 team (right) and Year 9/10 team (below) performing well. 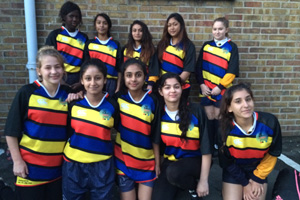 Miss Hollie Blenman, the girls' coach, said: "Both teams have started the season off promisingly with some great attacking and defensive play being seen. It is also great to see some new faces in the teams, as well as girls returning and wanting to improve and develop. With many more tournaments scheduled, we can look forward to growing, both as teams and individuals within the game."