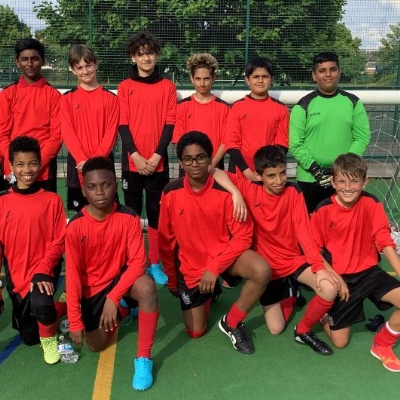 Monday saw the Year 7s boys football team travel to Heathlands School for the Year 7 finals. In the semi-finals, Heston played in a very close game against Isleworth & Syon School, conceding a goal late in the second half losing 1-0. In the 3rd and 4th place playoff, Heston played against Heathlands School. This again was a very close game. After full time and extra time neither team could be split with the game finishing 2-2. The outcome of this game would be decided on penalties which Heston won 4-3. A big thank you to Mr Abdulla and Mr Haque for their coaching.