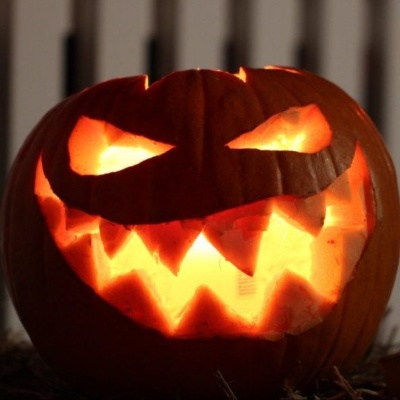 During October, to express the Halloween excitement, a spooky story competition took place. Students were encouraged to put pen to paper and let their imagination free as they created thrilling short stories that sent shivers down spines. I would like to congratulate Prem Ghatora [8R] on his story called “Her.”

Here is an extract…

“Breathless. Exhausted. Frederick’s breathing grew heavy. His chest ached. His head throbbed. Sweat trickled down his temples. To be honest, he was drenched in sweat. His legs were sore yet he still kept running. The barren dead trees around him made him feel small, weak. While tough gusts of wind pushed him away, the crow song could be heard in the distance. He could hear the rapid unsteady beat of his heart. The air was poisonous and repulsive, making him want to retch. This dismal place made him shiver. His legs were in agony making him want to yell, but he knew he couldn’t stop. Otherwise it would be the end. He couldn’t stop because he was being followed, hunted. By Her… Frederick didn’t even want to recall her name. It made him shudder…”

Brilliant! As a result of his terrifically terrifying tale, he was awarded a quill writing set, a journal and a collection of stories by Susan Hill. Well done, Prem!