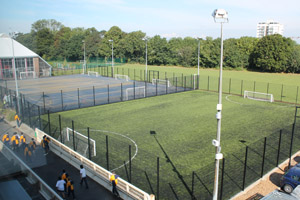 Heston students and the local community are benefiting from the creation of new state-of-the-art all-weather pitches that can cater for football, hockey, netball, rugby, cricket and many other sports. The new pitches were opened in September 2013 and are proving to be very popular, particularly the 3G Astro pitch which is similar to those used by professional clubs and Goals Soccer Centres.

The Hogarth Building (pictured below) was opened in February 2010 by Councillor Peter Thompson, who was the Leader of the Council at the time.

This modern building provides a Learning Resource Centre, Art Studios, Design and Technology workshops as well as many well equipped IT rooms and classrooms.

Prior to this many classes were taught in the “huts” that were a feature of the School in the 1960s which have now been replaced by state-of-the-art facilities like the Hogarth Building and The Osterley Building Extension which opened in 1996. 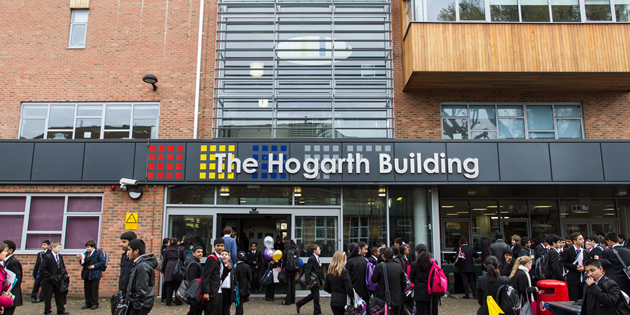