Well done to Bethany, Chanel and Egidio and all the award winners 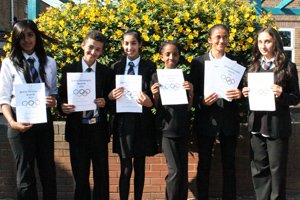 The Performing Arts and PE Department hosted their Sports Personality Evening on Tuesday 9 July when awards were made to students for their achievements in all sports throughout the year. The large and enthusiastic audience cheered every winner and were entertained by Music students’ performances. 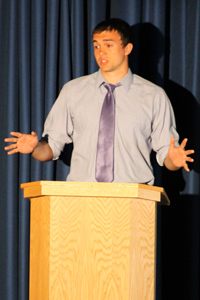 The guest speaker was Paul Anstiss (pictured left) who is a past student. Whilst at Heston he captained the basketball team and was selected to represent his Borough, County and Country. He excelled both academically and in the world of sport and currently has a Basketball scholarship at Exeter University where he is studying Sport and Psychology.

The biggest cheer of the night was reserved for the top three students who picked up the Sports Personality of the Year awards - they are: 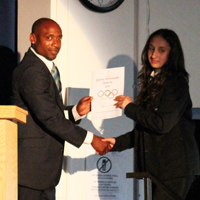 1st - Bethany Mann (8 Orange) –an exceptionally talented sports woman and somebody that presents herself as a really positive role model to others. She has represented the School in four sports this year and has excelled in everything that she has thrown herself into. She has extremely high expectations of herself and shows 100% determination and commitment in whatever she does. 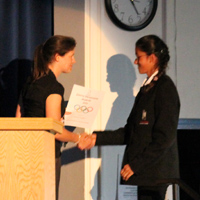 2nd - Chanel Mubeen (9 Green) – an all round talented athlete. This year she has attended every club possible and has represented the school in four different sports. Her latest achievement was coming second in both the long jump and the 200m at the Borough Sports when students compete against all the others schools within the Borough. 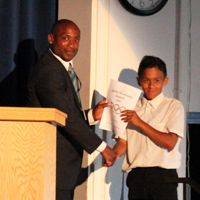 3rd - Egidio Mahmoud (8 Orange) – a talented sportsman who has shown great commitment and determination at a variety of sports this year. He has excelled both within lesson time and also within clubs. He is supportive of his peers and a pleasure to teach.


Well done to the following students who were very deserving award winners: