"The bravery and willingness to step forward is highly commendable" 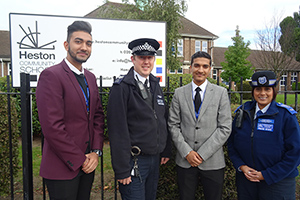 Heroic Heston students chased down a phone thief who snatched a mobile from a young mum pushing her baby in a pram in Heston.

Sixth Form students Fabian Chopra, Harpreet Nandhra and Hamir Butt launched into action after they witnessed the thief grab a phone out of the woman's hand, dashing to her rescue.


The boys ran down Heston Road where they caught up with the suspect and detained him until the police arrived. They also helped reunite the victim with her baby. 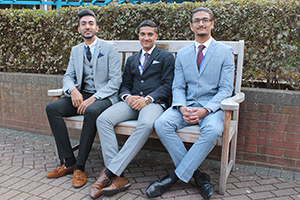 Inspector Chris Brown from Heston and Cranford Safer Neighbourhood Team, said: “Whilst we would never expect members of the public to intervene, when people step forward, stop crime and assist us catching offenders it demonstrates the power of police and the public working together to make our community safer. The bravery and willingness to step forward is highly commendable” 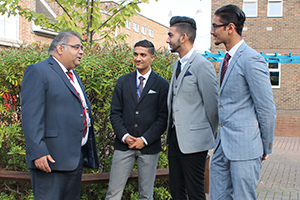 Fabian, Harpreet and Hamir are pictured right with Acting Headteacher, Mr Ranjit Berdesha who echoed Inspector Brown’s praise but also highlighted the potential dangers of their action, suggesting alerting the police is the best route forward.

The boys agreed saying: “We simply acted on instinct and were delighted to help.”

Click here to see how the Hounslow Chronicle reported our heroes.